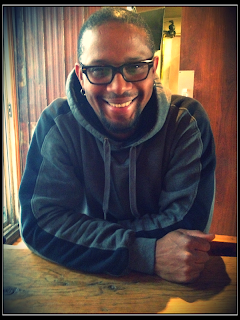 Carl Cassell's name has been on my "people I'd like to interview" list for the longest time. I’m a fan of his Caribbean/ Southern fusion restaurants – Harlem (67 Richmond Street East) and Harlem Underground (745 Queen Street West), but truthfully, I really wanted to meet the mastermind behind the place that serves up the yummiest southern fried chicken and waffles in Toronto.

I eagerly reached out to him in late December 2012 for a possible interview. Although he was gearing up for his holiday rush, he was extremely polite and courteous and told me that he was busy, but we should connect in the New Year.

As soon as the New Year rang in, I emailed him and asked to meet up. He said yes!


I entered Harlem Underground—a space that conjures up the cool, artsy movement of the Harlem Renaissance, and watched a few patrons chow down on their late afternoon lunch.  Jazzy, funk music was playing in the background while I waited for the infamous Carl Cassell.  As I waited, I perused the menu and pondered how professional I would look if I ordered the chicken and waffles I love sooo much, and ate it while I interviewed him. I sadly decided to not get anything.  I didn’t think licking my fingers and having chicken grease smeared on my lips would be a good look, so instead I opted for a cup of coffee :( 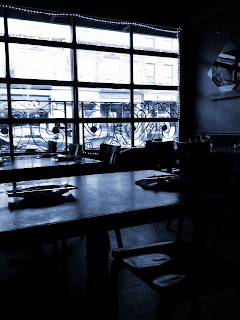 A few moments later Carl introduced himself to me, and we moved to a quieter spot in the restaurant, and began the interview.

I learned so much about Carl during our hour and a half meeting. First of all, I learned that he understandably lives and breathes food, secondly he has mad love for Toronto, and thirdly, he’s an easy going, down to earth, chill dude. But don't dismiss his chill demeanor as a weakness. He’s a savvy businessman who's doing what he loves.

Here’s a just a snippet of our amazing conversation that we had on that chilly Friday afternoon.


When did you develop an interest in food?


Growing up in Jamaica, I always had an interest in food.  I enjoyed it. I spent a lot of time with my neighbour back home—Miss Kathleen.  She cooked at the local school. I used to hang out with her son...he was a good friend of mine...and I was at the house constantly.  She had an outdoor kitchen—that’s how I learned to cook the basics.  I learned how to cook rice properly, how to cook meat properly and how to fry chicken properly. That’s where my interest in food began.


When I came to Toronto, I worked in restaurant kitchens for 5 years.  I was a waiter and a bartender. Most of my roommates were chefs.  Living with chefs, one of the things you realize is that chefs don’t cook at home.  They instruct, but don’t cook.  It enabled me to learn a lot about food.


Why did you and Carl Allen (former business partner) decide to close the Irie Food Joint and rebrand it as Harlem Underground?


Irie Food Joint opened in 2001 and had been around for about 9 years. Harlem opened in December 2006. It was doing very well...extremely well.  One of the issues I’d constantly face would be running two different menus.  Running two different menus created problems in terms of staffing....my kitchen staff...I couldn’t transfer my staff from one restaurant to the next because it was two completely different menus. Running one that dealt with Southern cuisine (Harlem) and the other dealt with Caribbean cuisine (Irie Food Joint).


Having Irie and Harlem made sense in covering the Diaspora, but from an economic standpoint, it didn’t make sense to run 2 separate menus. It was difficult to retain new staff.  Caribbean cuisine is very specific, not everyone can cook it.  Every couple of years I found myself back in the kitchen retraining people.


Harlem and Harlem Underground share the same menu.  Why different names for the restaurants?


To create a distinction between both restaurants.  The distinction is the vibe.  Queen Street is its own animal.  Anything on Queen Street falls within that Queen Street vibe.  Harlem Underground tends to skew a younger, hipper crew, and at Harlem we get a slightly older crowd.


Your fried chicken has been called one of the best in Toronto. What was the process like perfecting it?


It was a collaborative effort between Tony (former chef Anthony Mair) and I.  We had a similar approach to food because we are both Jamaican.


I read that you wanted the restaurant to be a place for creative types. What do you do to facilitate this?


I think it’s the vibe. I’ve primarily been around artists my entire life.  I’m an artist as well.  I paint and sculpt; I do a lot of things.


What would you like to accomplish with your restaurants?


Have any celebs visited the restaurant?


There have been a lot that have passed through- Ahmir "Questlove" Thompson, Beenie Man, Wyclef, and Giancarlo Esposito among others.


Do you watch the Food network ?


No, not really.  I used to follow Anthony Bourdain’s TV series. I met him a few years ago.  He’s a really cool cat.


Well guess what, Carl? You’re a cool cat too! It was such a pleasure talking to him—not just about restaurants, but everything under the sun.   I love that he is dedicating himself in providing a funky, down home vibe with his restaurants and educating patrons on the flavours of the Caribbean and the South.  Thank you, Carl.


When you're in Toronto, or just looking for a delish meal, go to....

Michelle
Posted by happygrrls at 6:30 AM

You literally had my mouth watering with the descriptions. Good one cuz, I definitely need to visit this spot when I eventually do make it to Toronto.....stay warm.

Thanks for checking it out, cuz! I will take you there when you come to Toronto! Take care xxxoxx!

I absolutely love to read about the amazing nooks Toronto has to offer, especially restaurants with the yummiest foods.
The art, layout and the mere fact that its a "down-home-food-kind-place" I'm in.

happygrrls
Michelle is an extremely chatty girl who loves meeting ppl and sharing their story. Maybe your story will be next!